International group exhibition‘Death In The Age Of Social Media’ at ‘Deptford Does Art’ gallery, London 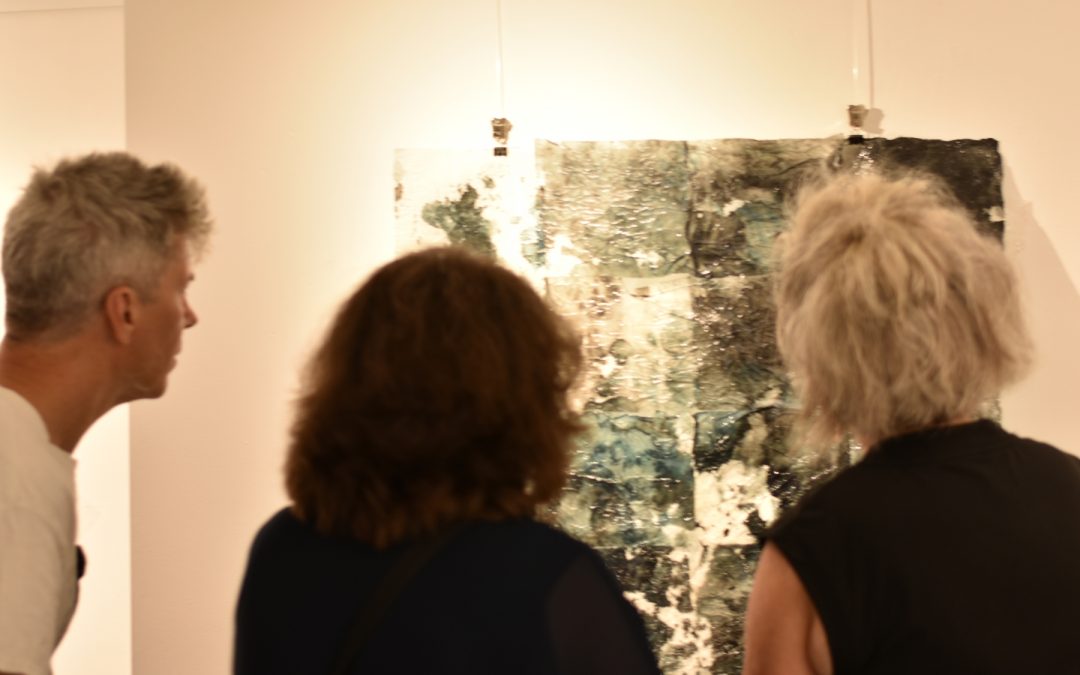 Show: 10-14 July 2019. Social media affected our understanding of identity and subjectivity. It supplied a publicity machinery with power previously available only to famous people. While technology guarantees immortality through publishing online, celebrity condition appears to be everyone’s condition and everything that has meaning, including death, has to be liked and shared.

DEATH IN THE AGE OF SOCIAL MEDIA brings together works by four artists , Patricia Muligan, Monika Srodon Anna Salmane and Birute Nomeda Stankuniene who are interested in the subject of death in the internet context. Works included in the show cover themes such as online presence and immortality, grieving online, death wish, atavism and bestiality, the function of social media in neoliberal politics.
Mulligan, Salome and Srodon are graduates of Fine Art of Goldsmith. Birute Nomeda – Vilnius Academy of Arts.

P Mulligan currently works and lives in London as a fine art lecturer, art tutor and practising visual artist. Graduating from Goldsmiths Fine Art BA in 2015, having earlier gained a GenArts MA from Edinburgh University (majoring in Art History & Anthropology), Mulligan also recently completed a postgraduate study with Turps Banana. Prior to this, Mulligan spent ten years in the digital agencies, working as a digital designer and producer.

Mulligan’s practice reflects all these influences, rooted in painting, printmaking, animation, and writing. ‘In my studio work I’m interested in the relationship print-based and digital photographic imagery has with painting, and what painting can do to reframe or undo the printed or digital image, and the political, historical and psychoanalytic frameworks this might reveal. Exploring the edges, languages and processes of painting and printmaking.’

Anna Salmane is a visual artist working with installation, photography and video.

She received her MA in Philosophy from University of Latvia (2007) and BA in Fine Arts from Goldsmiths College, University of London (2014). Now she lives and works in Riga, Latvia.
Words, stories and fiction are one of the central inspirations of Salmane’s work. Having engaged subjects as diverse as feminism, war in Ukraine and Latvian mentality, Salmane’s practice often explores the ambiguous space between fact and fiction. The artist combines fact and fiction; mixes and matches unrelated facts; creates plausible narratives to accompany her artwork. Salmane’s aim is not to fool the viewers, but to present them with a scenario that is sound on emotional level.
Salmane collaborates with artist Krišs Salmanis and composer Kristaps Pētersons. Their work Song was awarded Latvian contemporary art prize “Purvītis Prize” in 2017. Salmane has been participating in group exhibitions since 2001 and has had solo shows in London, Nottingham and Riga.
Salmane’s works are in the collections of Latvian National Museum of Art and Latvian Museum of Writing and Music.

Monika Srodon is a mixed-media installation artist based in London. She studied BA Fine Art at Goldsmiths University and graduated in 2015 but also has an MA in English Philology, specialising in American literature from the University of Silesia, Poland. She exhibited in various London galleries and was the recipient of SpaceStudios Graduate Bursary Award in 2015. Srodon’s works are often colourful, carefully constructed and multi-layered. She often uses her subjective experience as a reference point and her practice is predominantly lens-based. At the same time she enjoys expressing ideas through sculptural work, painting and performance. She is particularly interested in aesthetics as central to art, politics and social order, and in recent years, she started creating Neoliberal Playgrounds, a series in which she focuses on the negative aspects of gentrification, regeneration and advertising. Only recently she became preoccupied with the impact of internet on the humanand the social media complicated relationship with free market capitalism.

Birute Nomeda Stankuniene currently lives and works in Vilnius, Lithuania . She is a painter interested in abstraction and her road to the world of arts has been full of unexpected discoveries and challenges. After graduating from Kaunas University of Technology in 1987, she worked as an engineer and administrator, and almost two decades later, in 2003, delved into her lifelong passion to become a professional artist. She graduated from Vilnius Academy of Arts in 2009, and then fully immersed herself in her creative work. In 2018 she attended Contemporary Painting Course at Slade Summer school and in the same year was granted a residency there. Over the past ten years, her works have been showcased in national and international exhibitions more than thirty times. Birute Nomeda has held three personal exhibitions in the United Kingdom, where her works received coverage by regional and international media, including the BBC Radio Solent and CNC News/Xinhua (China’s National News Agency). The artist’s work has been featured by Saatchiart, online art gallery, which selected some of Birute’s works for its weekly collections. Her artworks have been purchased by private collectors in Brazil, across Europe and the United States.

Based on the artist’s paintings, the book titled Seven Feelings According to the Book of Job was published in 2011. BiruteNomeda has been featured in the publications of the IUOMA, Slow Art Day and Hieronymus Bosch Plaza. She is also an active member of these international projects. 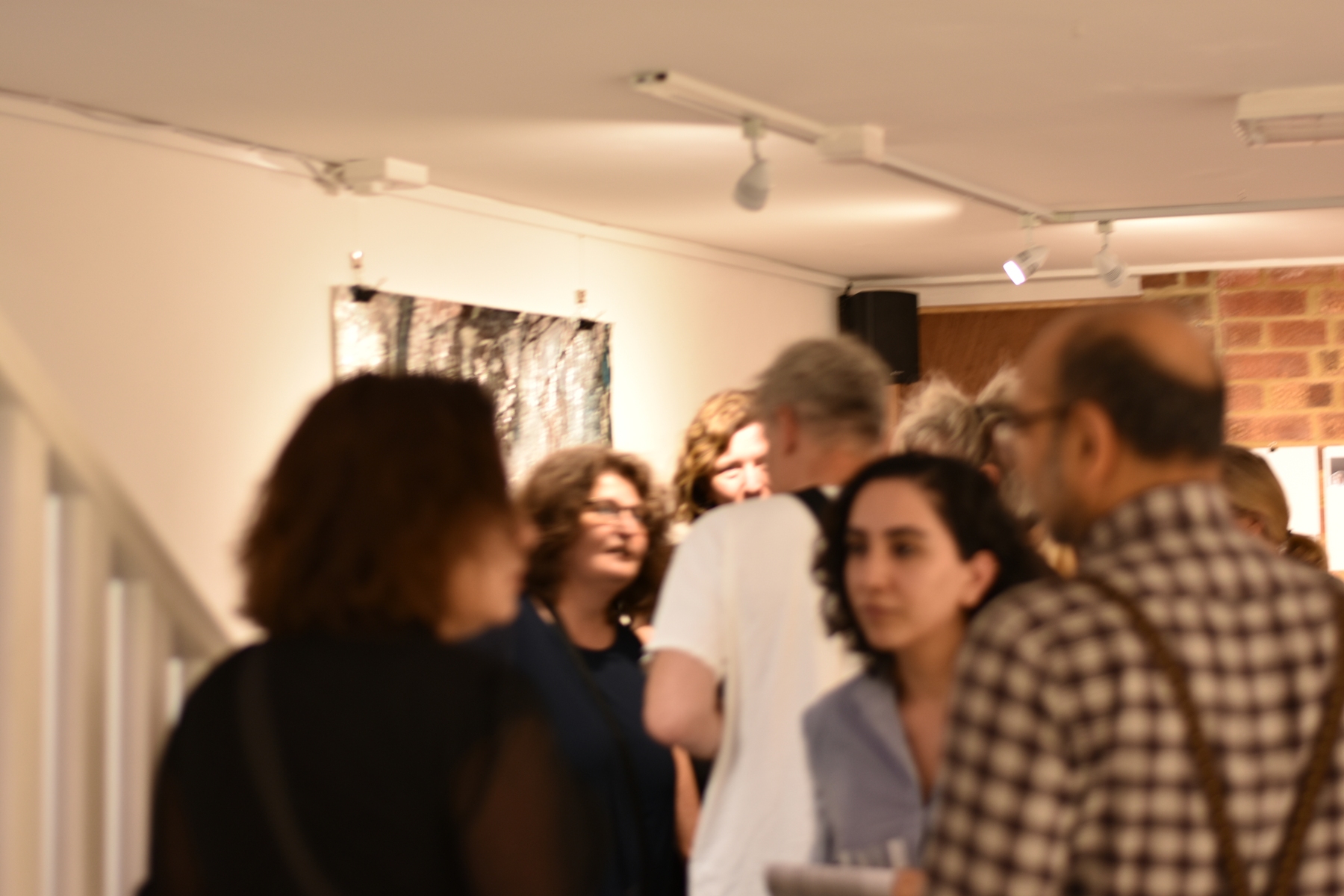 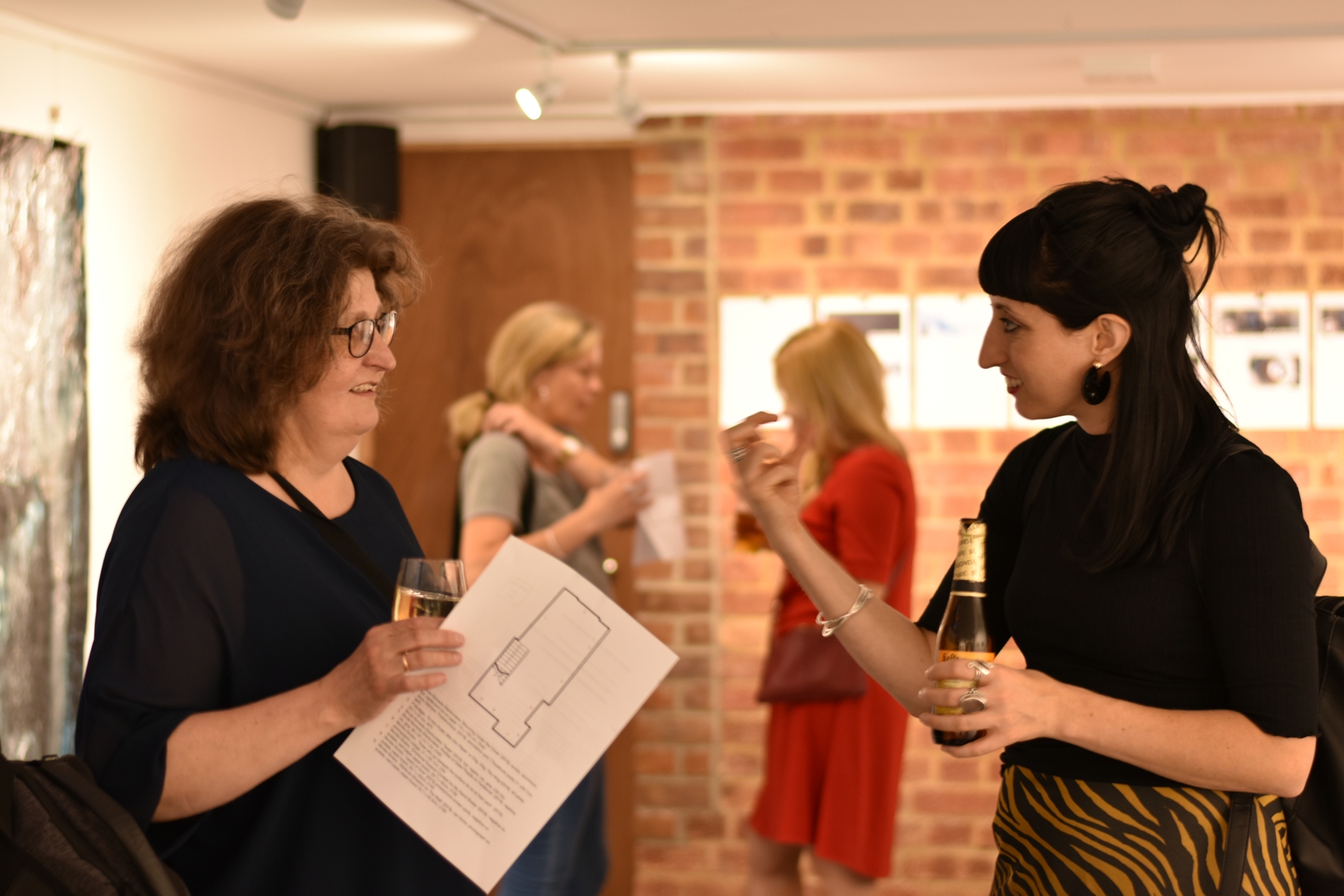 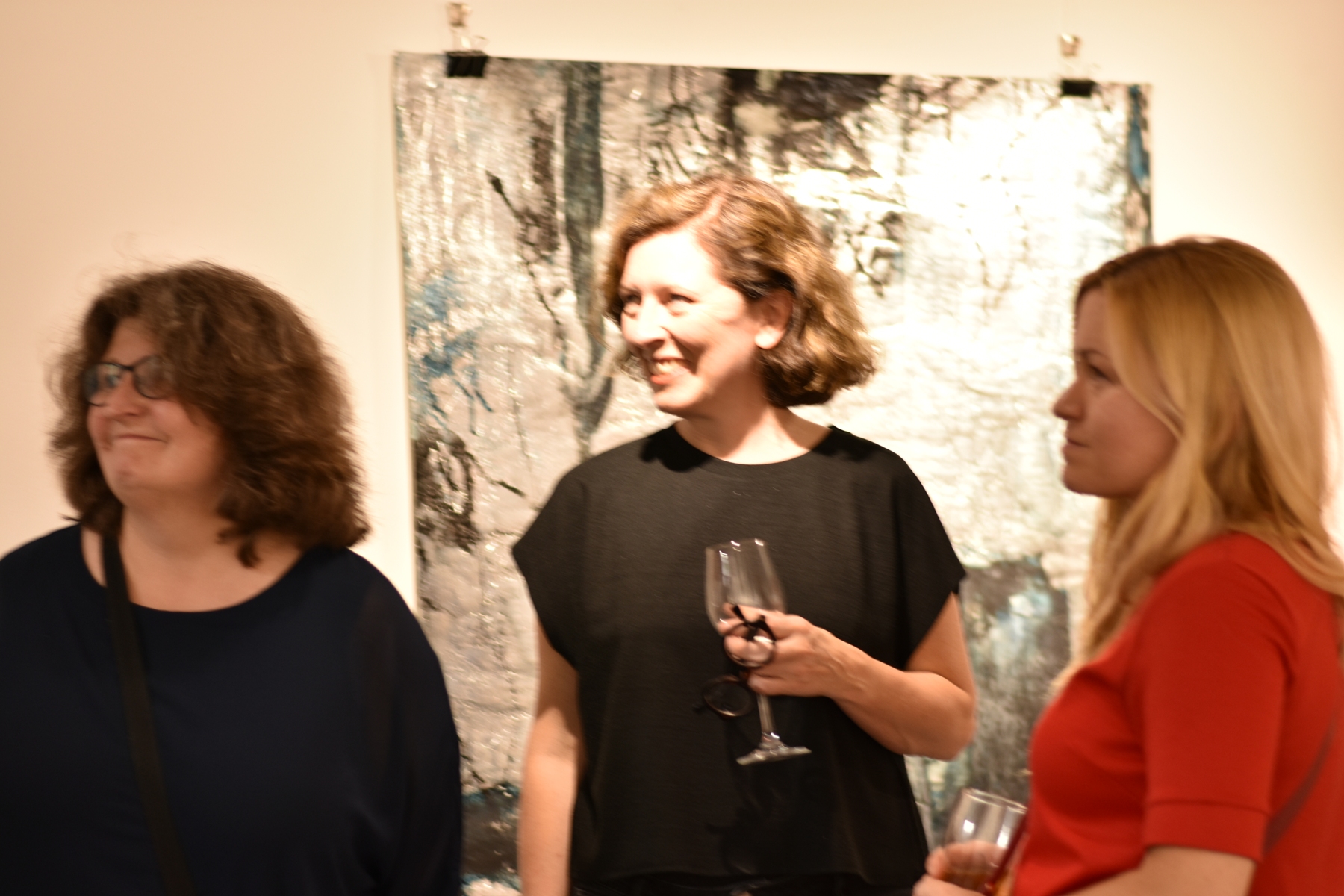 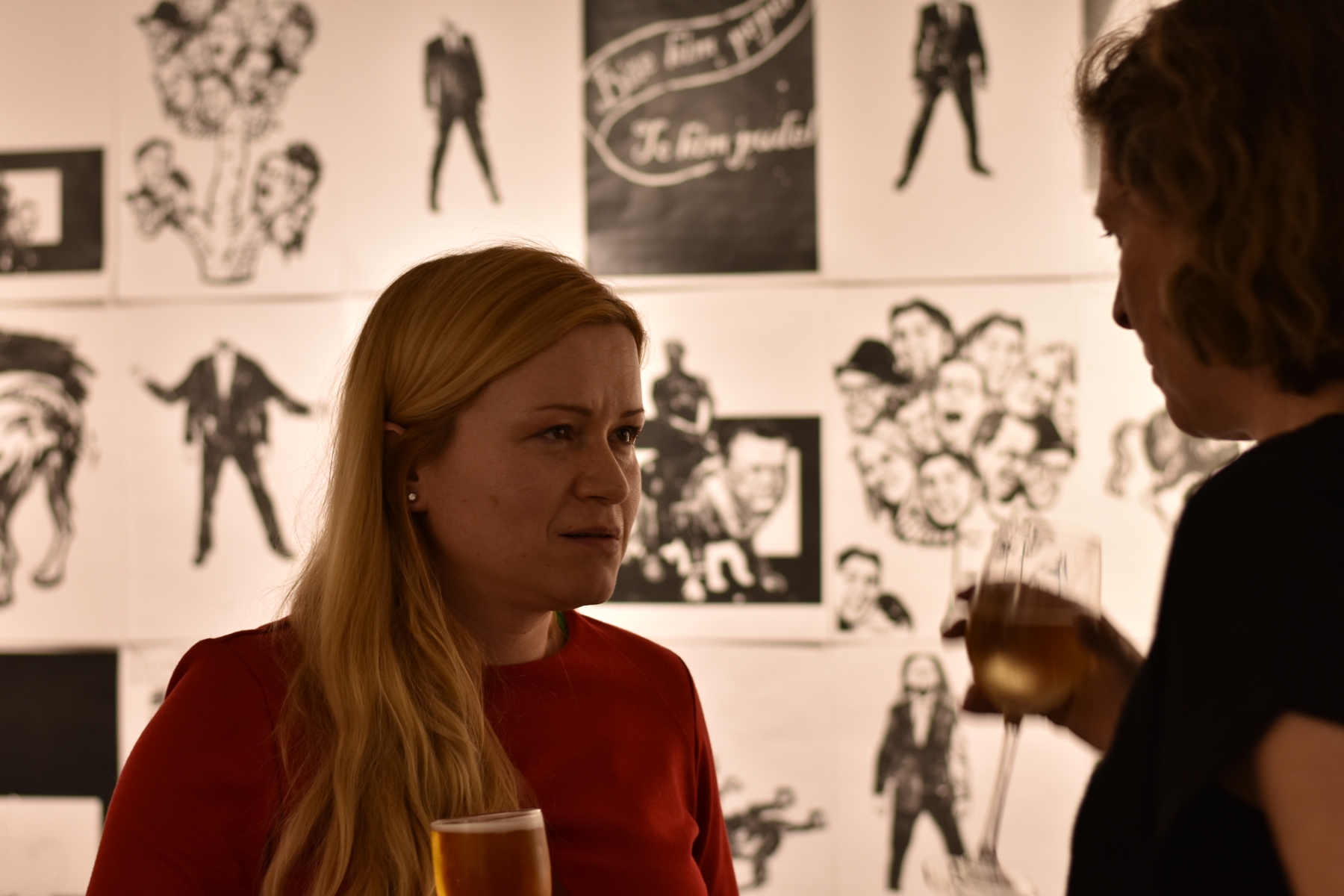 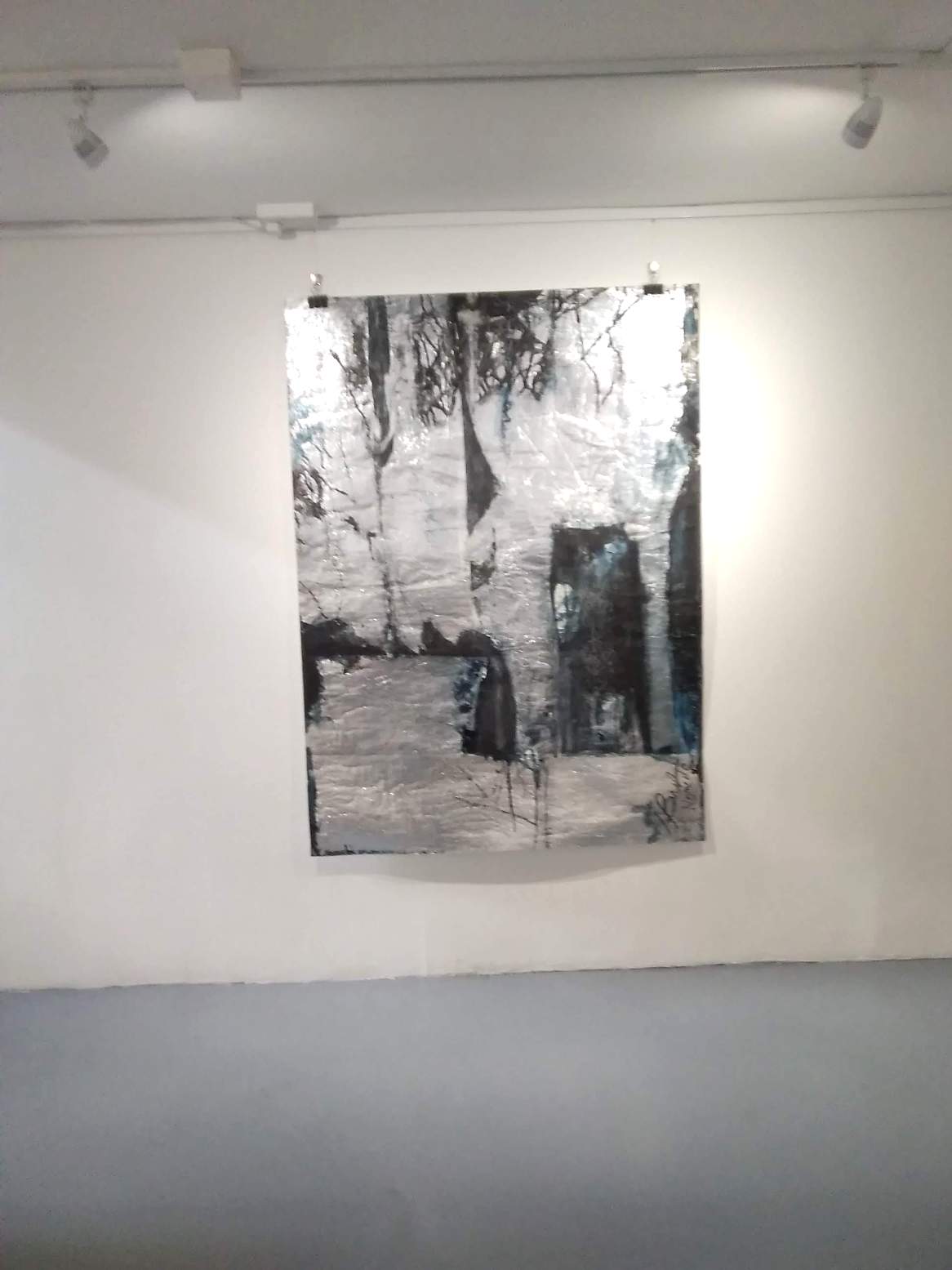 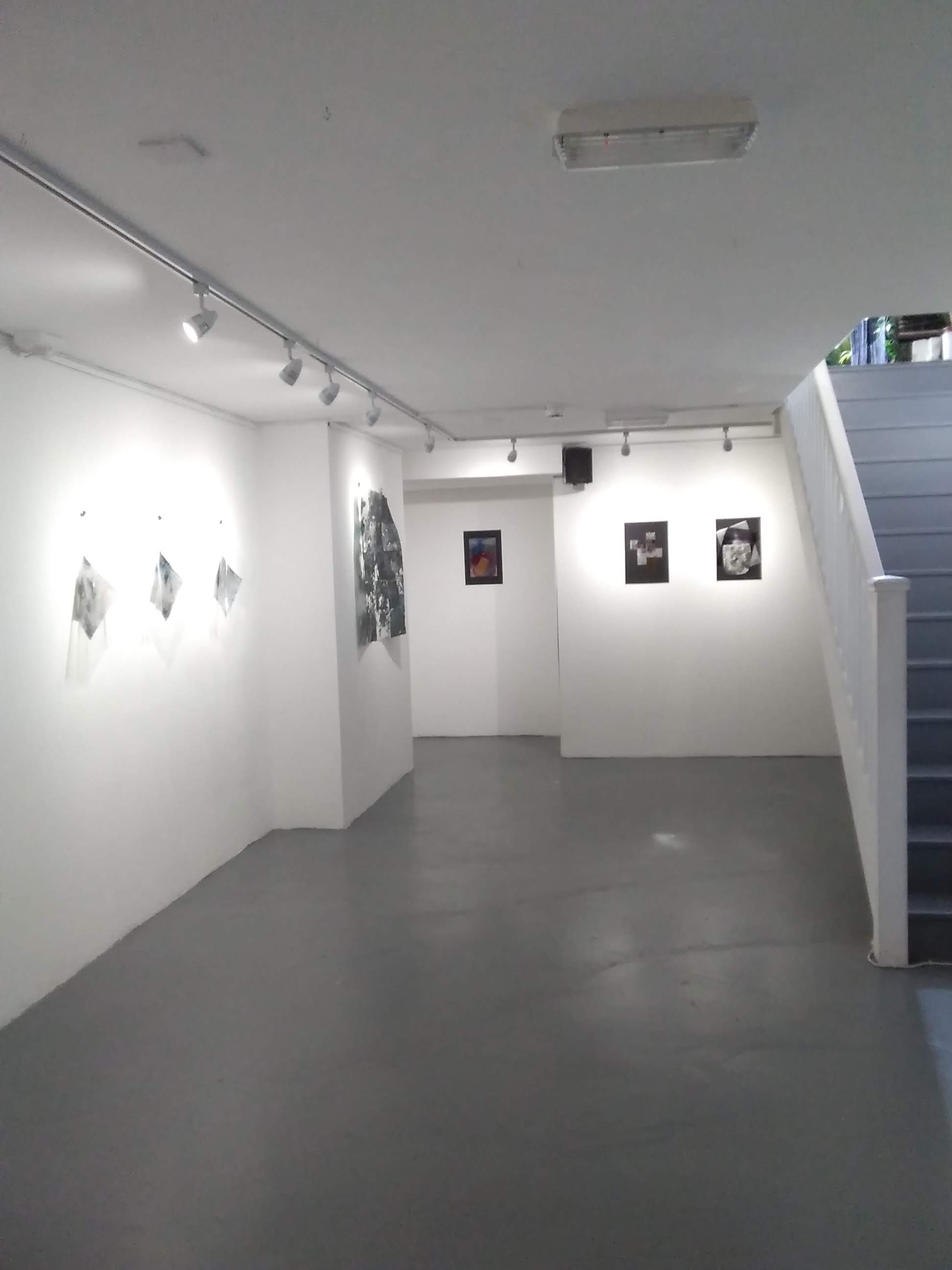 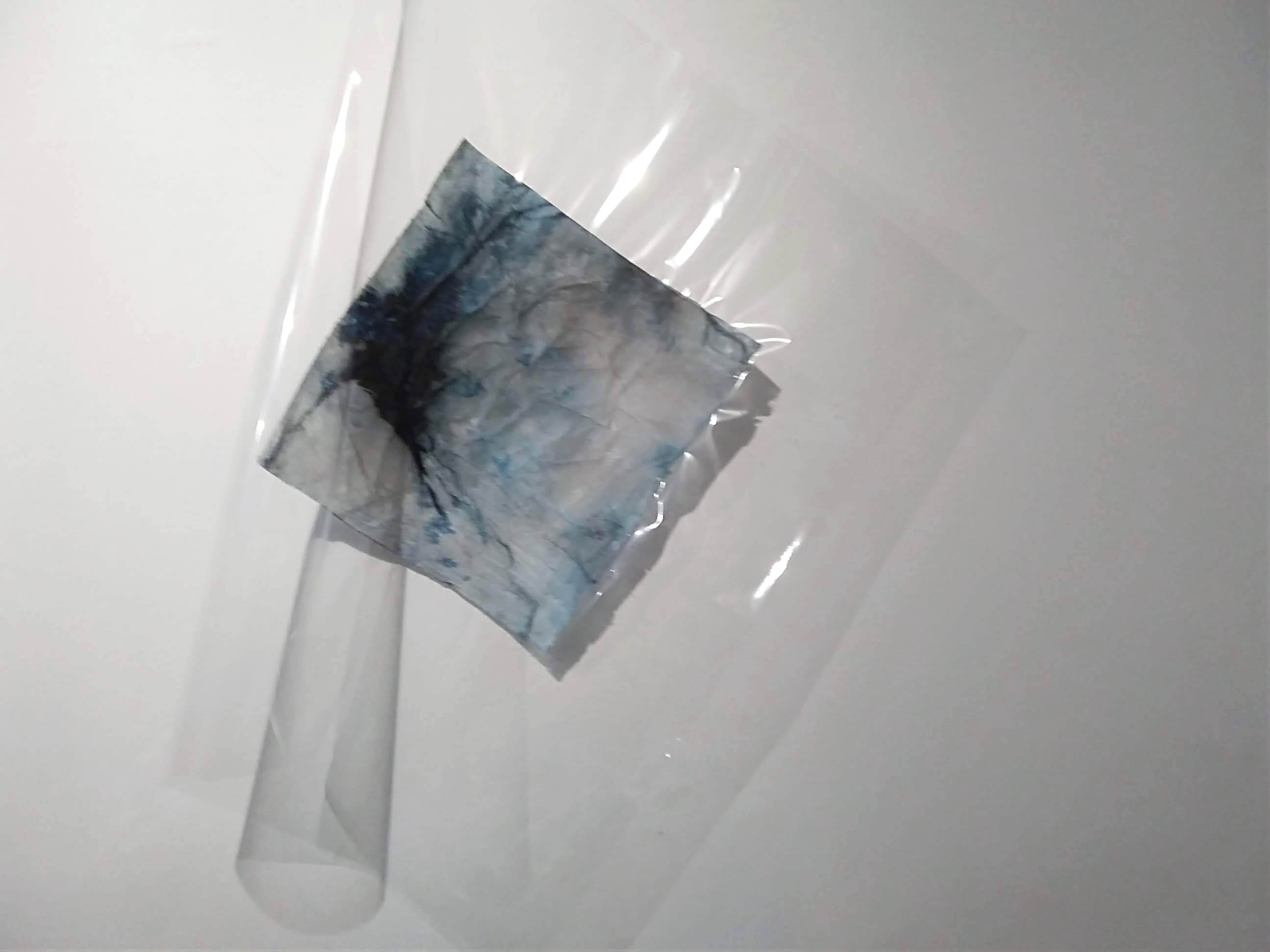 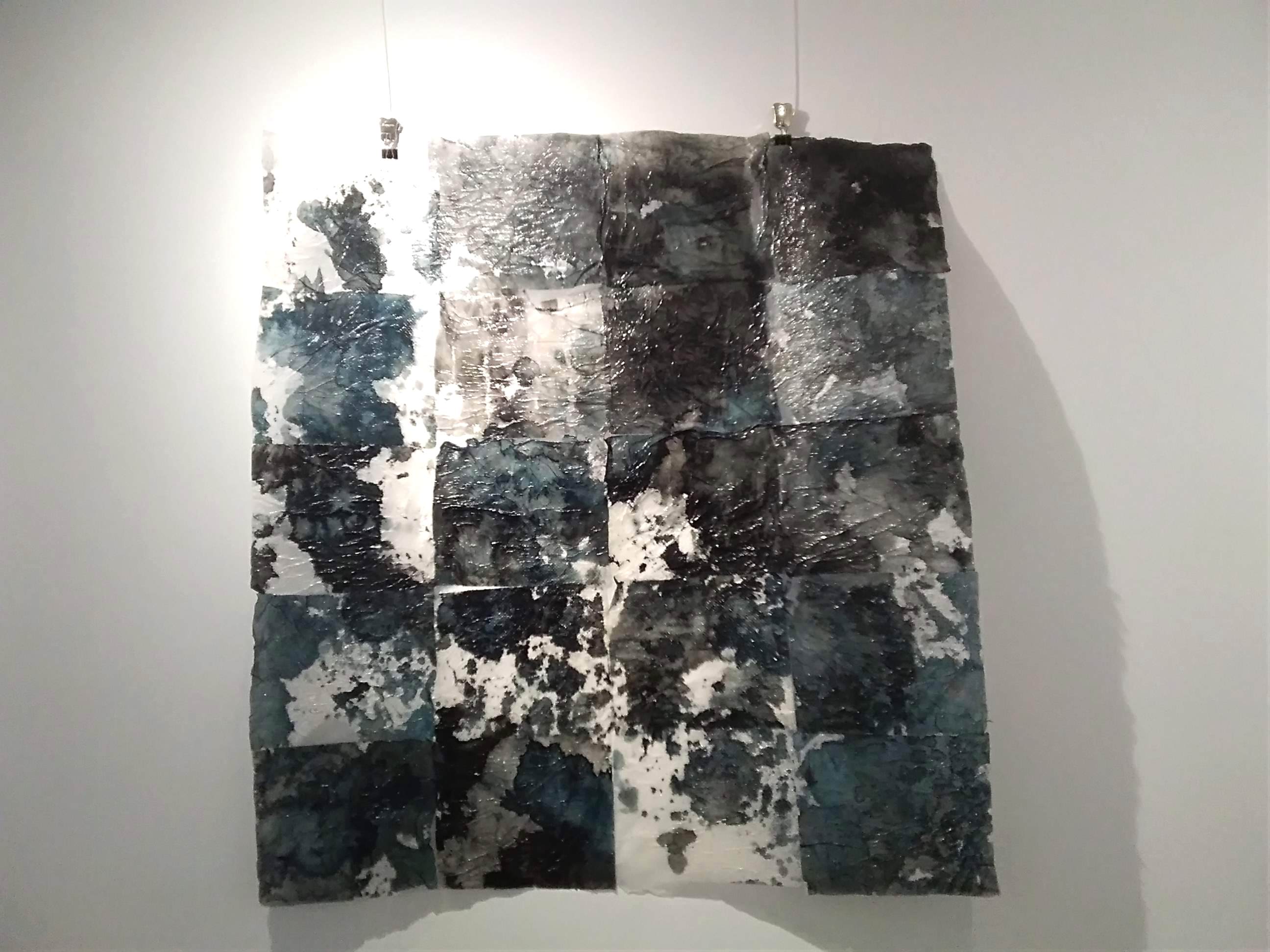 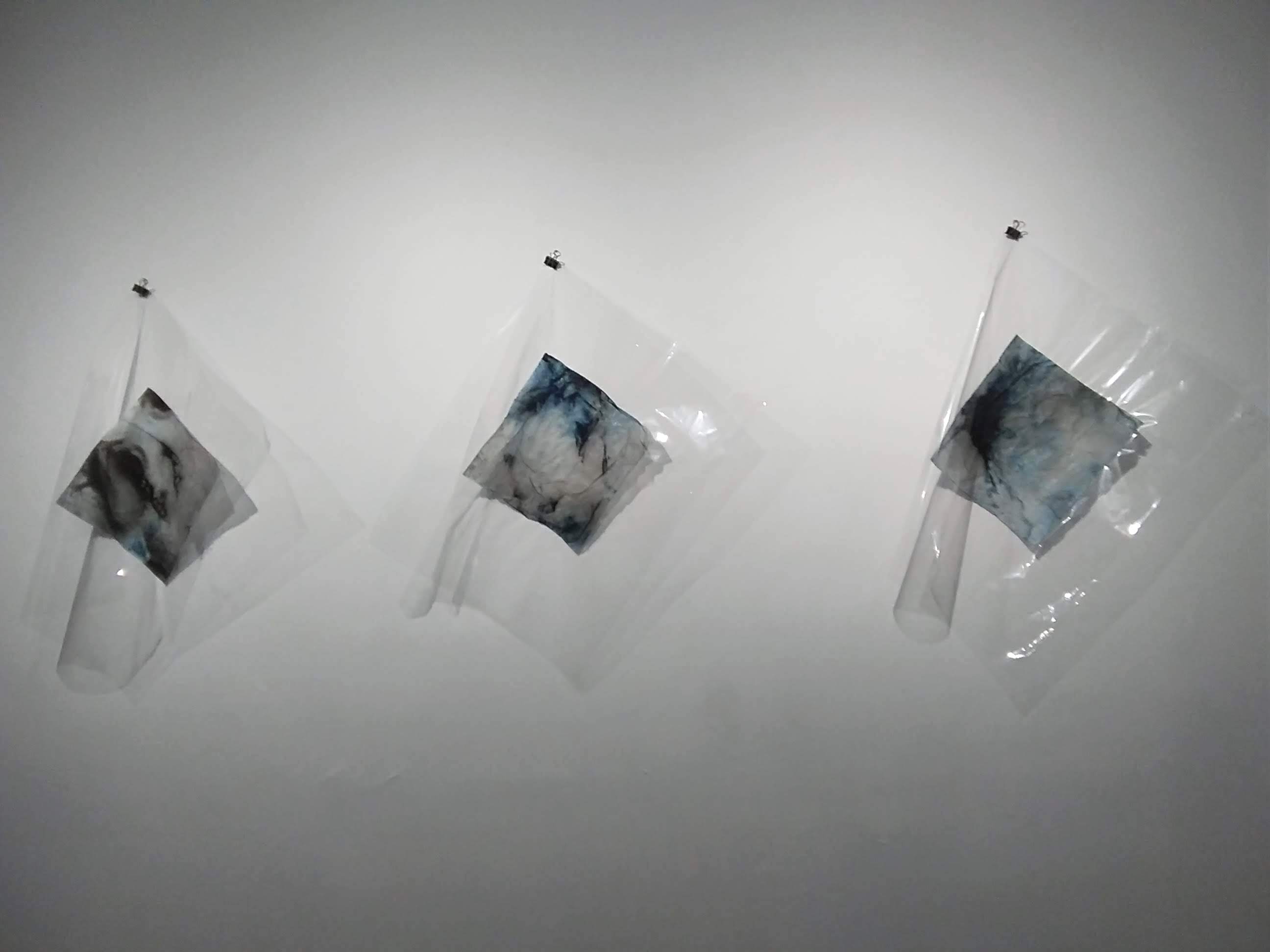 exhibition
We use cookies to ensure that we give you the best experience on our website. If you continue to use this site we will assume that you are happy with it.Ok