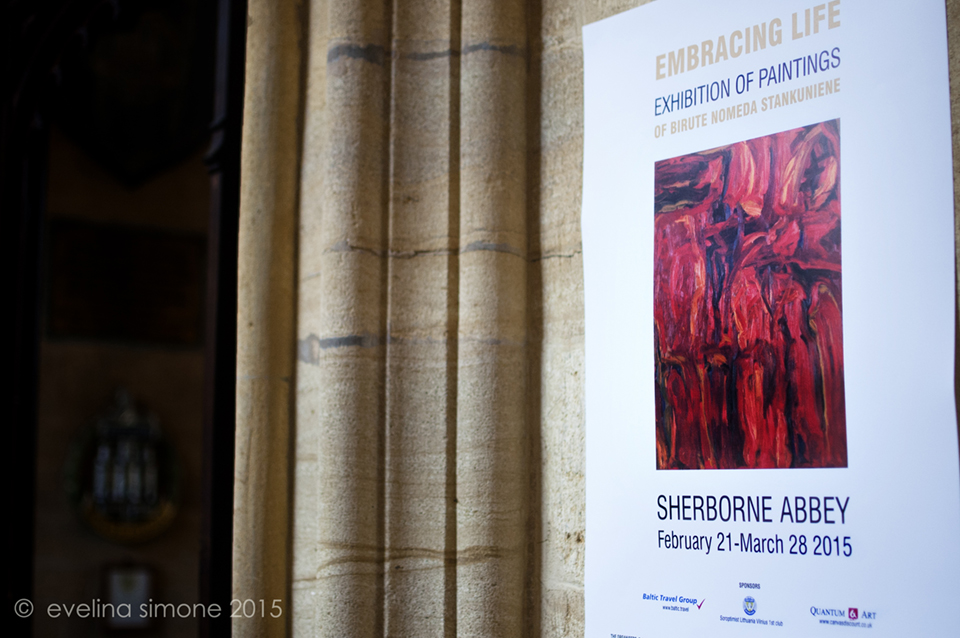 has travelled all the way from Vilnius in Lithuania with a collection of her paintings for exhibition, in the magnificent surroundings of Sherborne Abbey, Dorset.

The Exhibition, ‘Embracing Life’ was officially opened on Saturday 21st of February, by the Vicar of Sherborne, Canon Eric Woods, and attended by a good number of art lovers, including the Lord Lieutenant of Dorset, Angus Campbell. The artist, Birute, warmly thanked all who had helped with the arrangements for the exhibition, adding how delighted she was that Lithuanian Art had been welcomed to Dorset. She explained how privileged she felt to hold an exhibition in such a beautiful sacred place and spoke movingly about her inspiration and passion for painting.

Her abstract art works certainly looked stunning against the backdrop of the ancient abbey and many of those attending expressed how they found Birute’s paintings memorable, thought-provoking and arresting. This is certainly true of the cornerstone of the exhibition, ‘Seven Feelings according to the Book of Job’, (a series of seven paintings accompanied by biblical texts from Job) which uses colours ranging from the vibrant through to the delicate, and challenging images and shapes, to give a voice to intense feelings and emotions ranging from tension and anger, to peace and joy.

Birute says her art works were, in part, inspired by her childhood and youth in occupied Lithuania.  ‘I was born and grew up in Lithuania during its occupation by the USSR, where a ‘happy and perfect life’ was guaranteed by the communist system. At that time, to have faith, to question or wonder meant to resist the soviet regime. Lithuania was and remains a catholic country, and religion became one of the forms of resistance as well as a way to preserve your national identity. Such was the context that influenced my life and paintings. Therefore I relate to the themes of the Book of Job not only as a person, but as a citizen of my country. I believe that the most important existential questions are often rooted in everyday life experiences, which in turn are shaped by our values and the changing cultural context in which they are located. It seems to me that the experience of suffering is often the point at which we face life’s questions most honestly and acutely.’

Other works in the exhibition expand and complement the theme of facing and embracing the challenges of life, including: ‘Stigma I’ and ‘Stigma II’ which capture a visceral expression of human vulnerability and trauma; ‘The (Story of a) Maple Leaf ‘, a series of four paintings, showing life’s cycle using mesmerizing colours, and ’Waiting’, an almost ethereal evocation of the time when you first catch the scent of spring in the air.

Birute is fascinated by the dialogue between herself as an artist and the spectator of her works, and intrigued to know Dorset’s response to her art: ‘For me to create, that is to paint, means to think, communicate, solve and discover – it means to live. It is a great joy and test every time I exhibit my works; every painting is a part of my inner self, put out there in front of the spectator’s eyes, to be observed and reinterpreted. Painting as a unique means of communication allows me to speak of the things I cannot express in words. Once the paintings are on display, I cannot help but wonder how the conversation between my work and the spectators is going to go.’

So why not be part of the conversation and go and see the exhibition for yourself?

This is definitely not one to miss.

The exhibition is running from 21st February to 28th March. All art work is for sale and postcards and small scale artworks can be purchased in the abbey, or in the Abbey shop. Opening hours Monday – Sunday, 8am – 4pm and entrance to the Abbey and the exhibition is free. 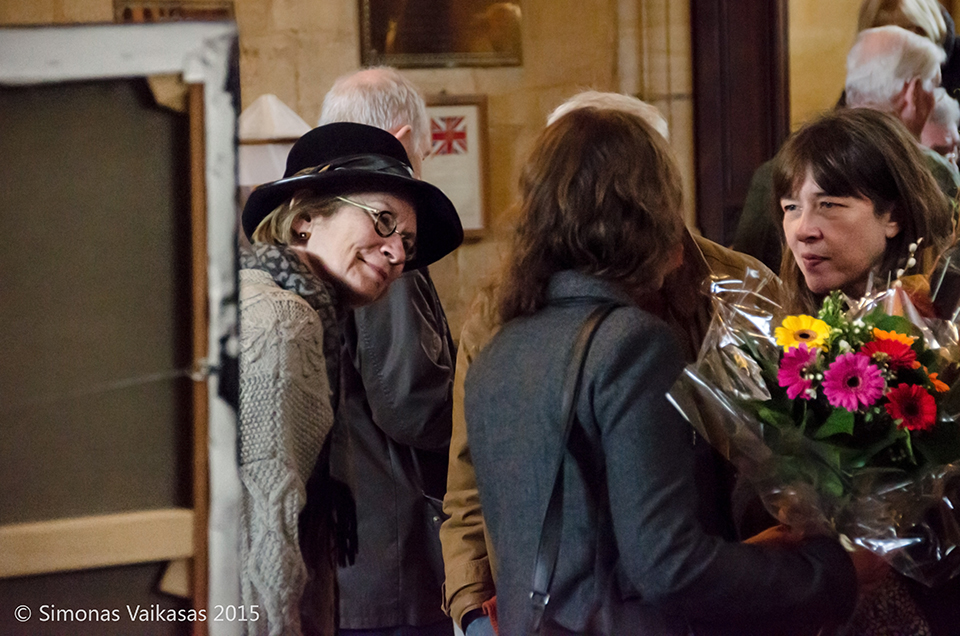 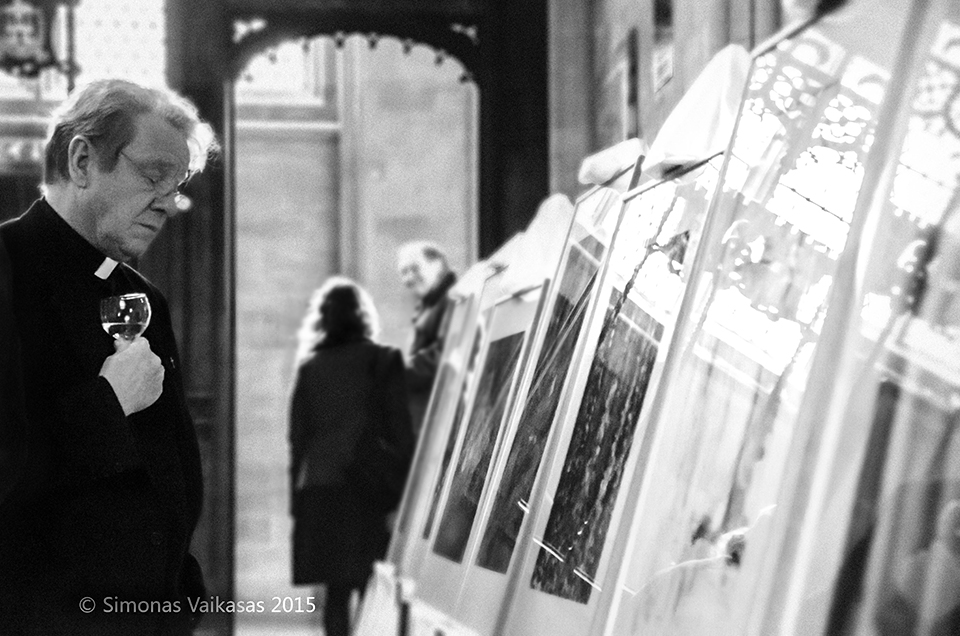 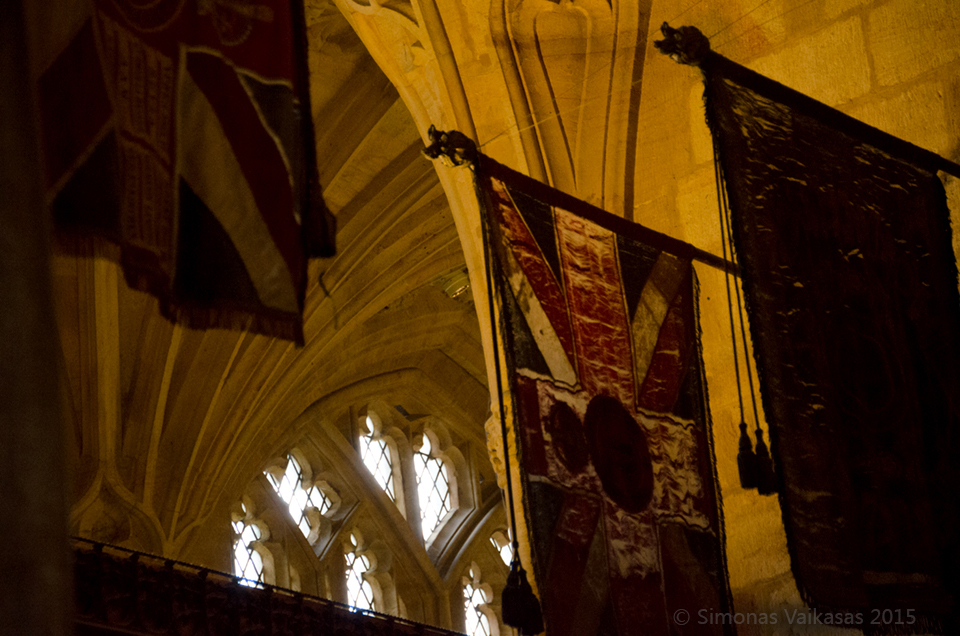 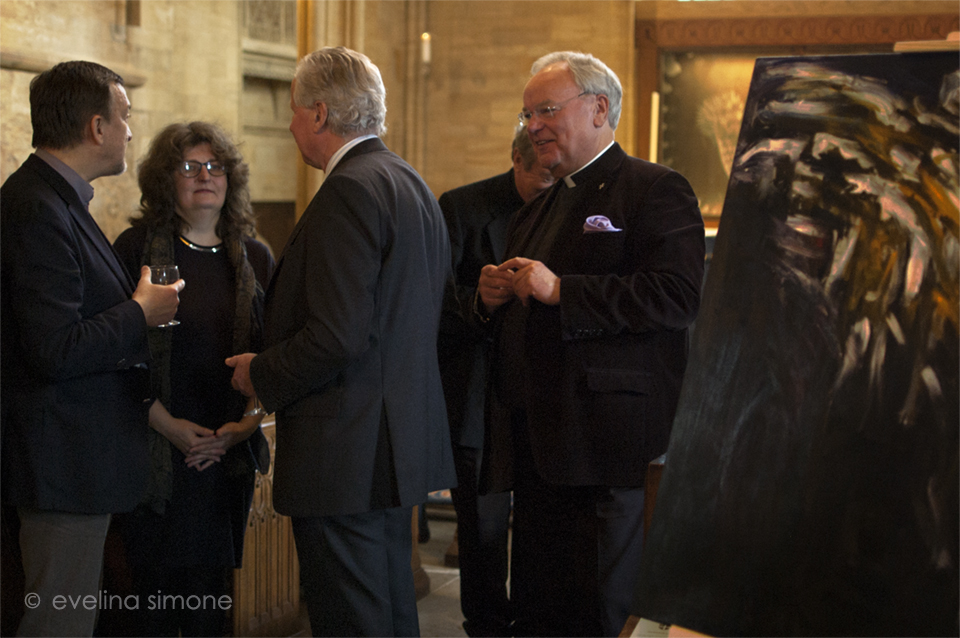 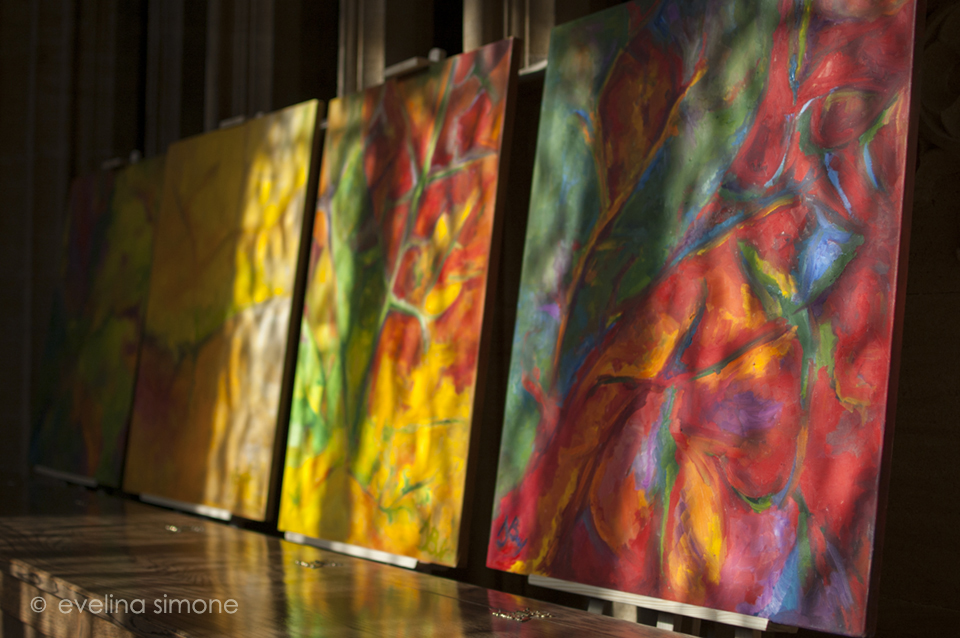 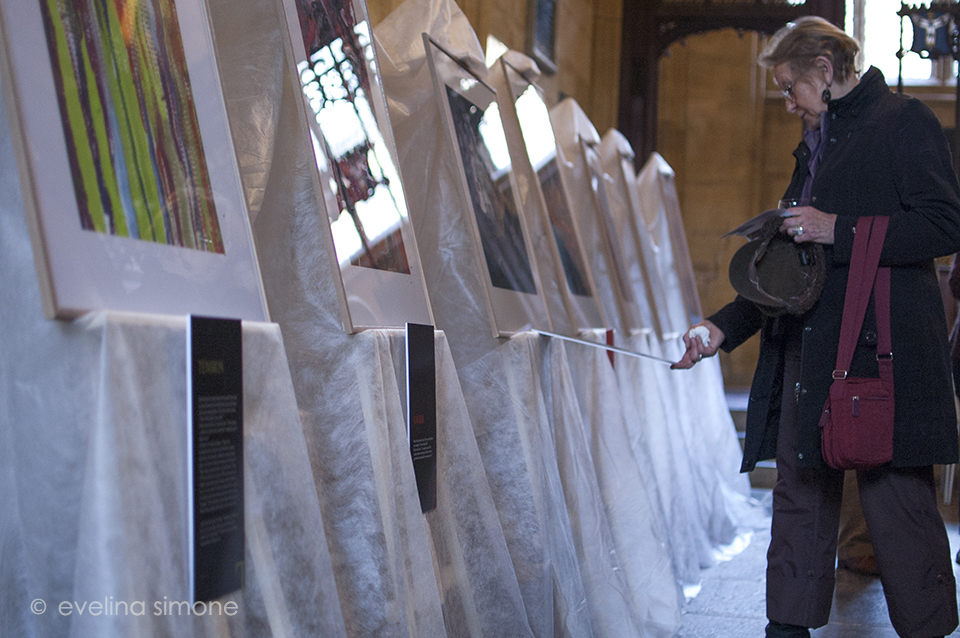 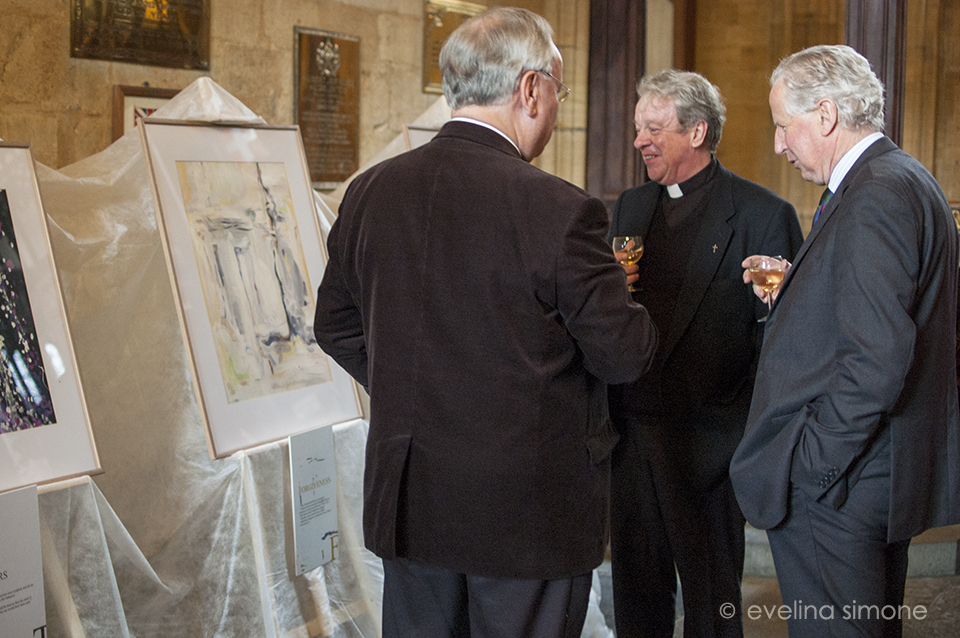 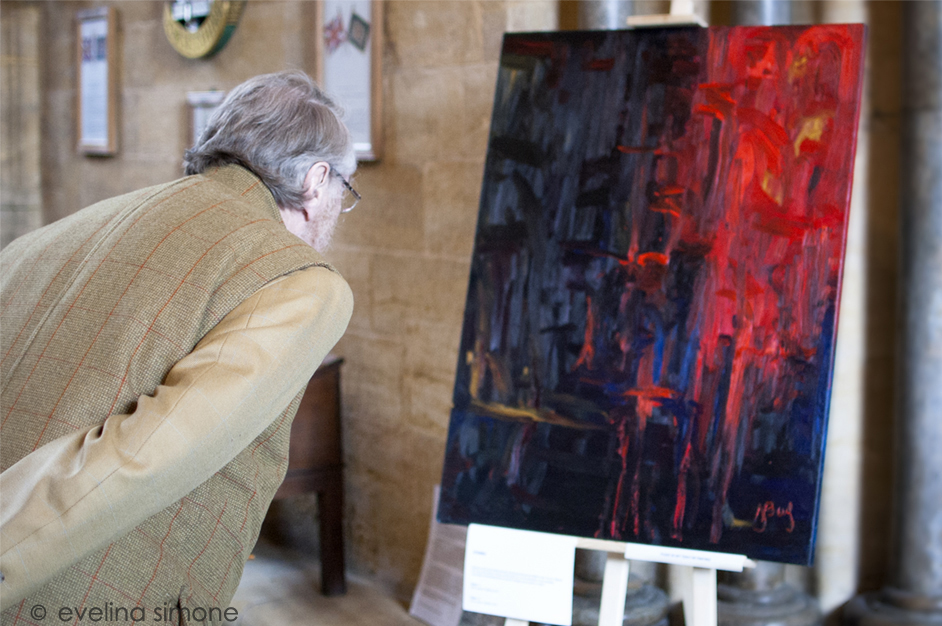 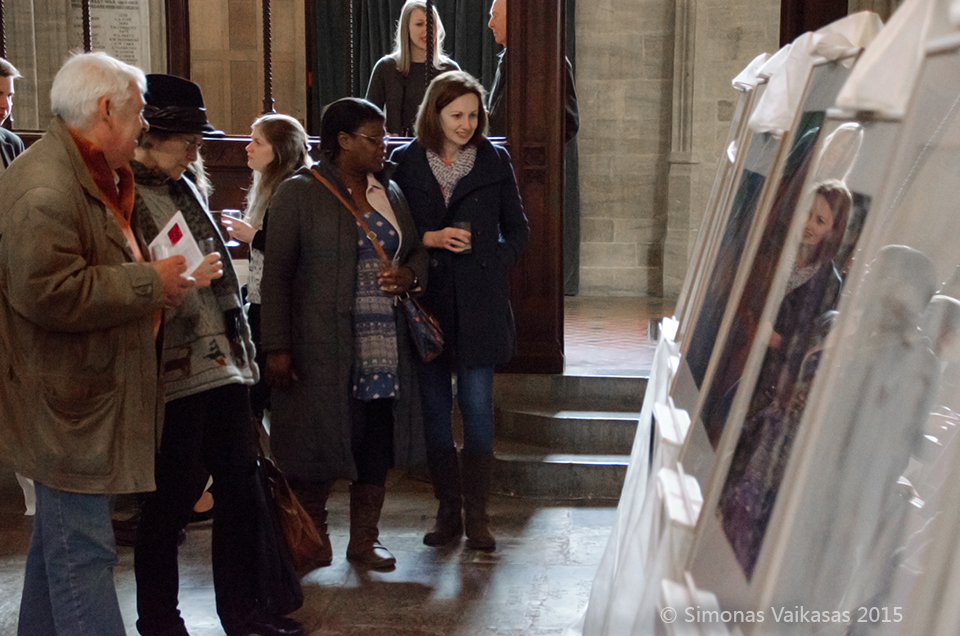 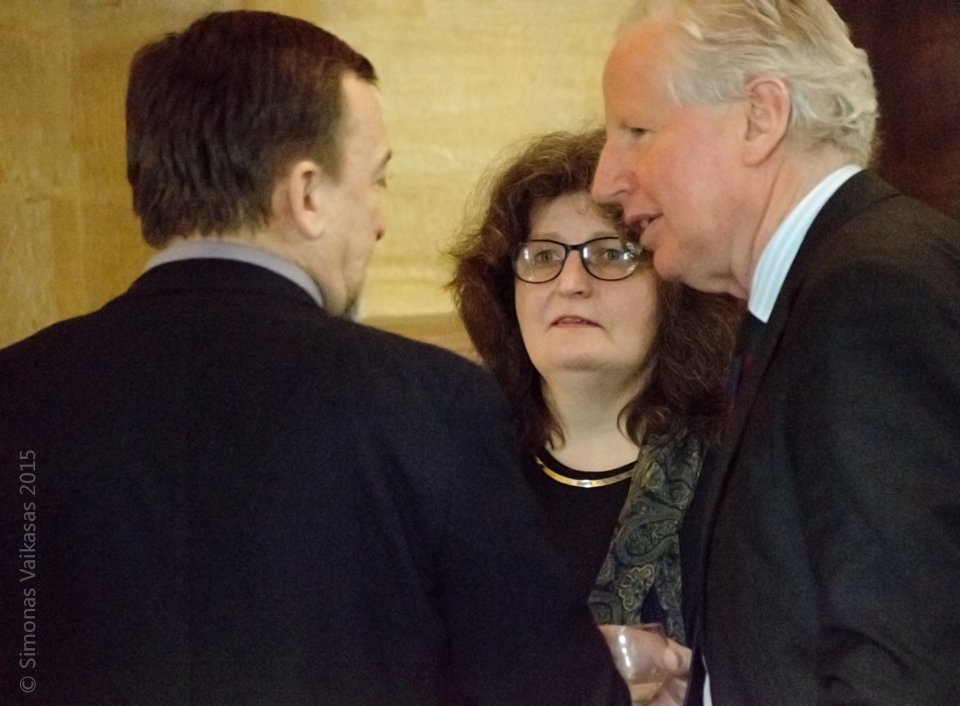 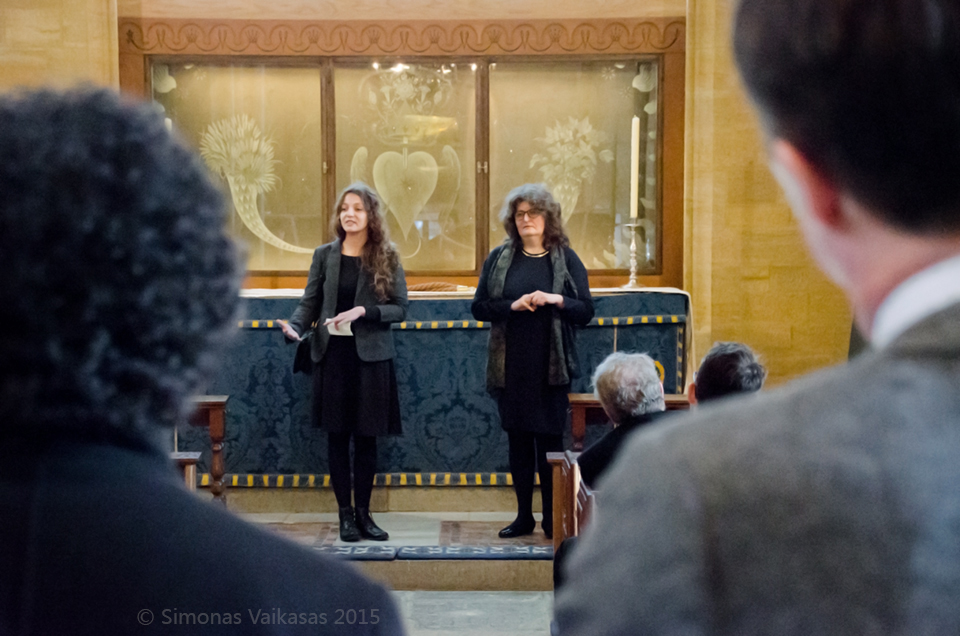 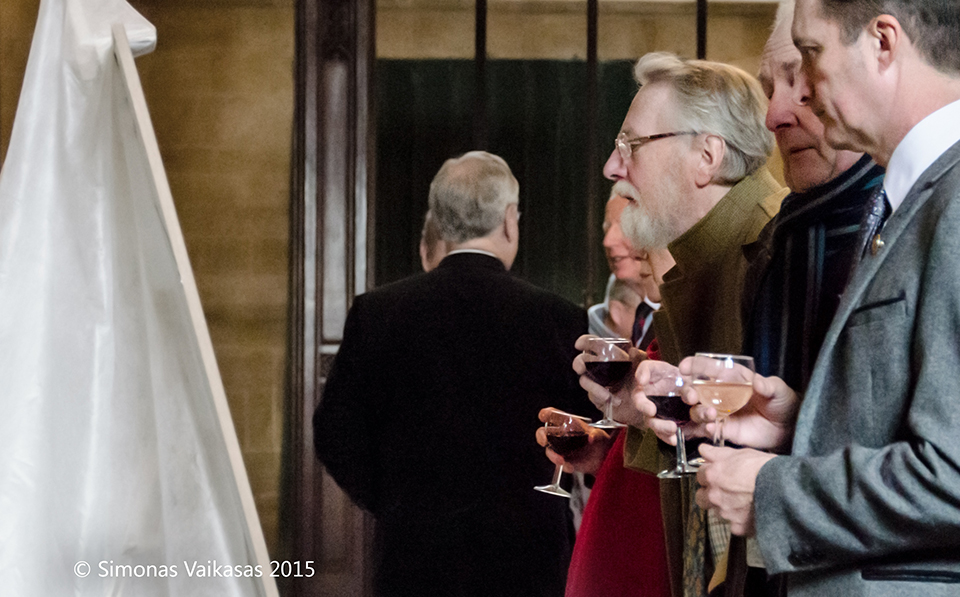 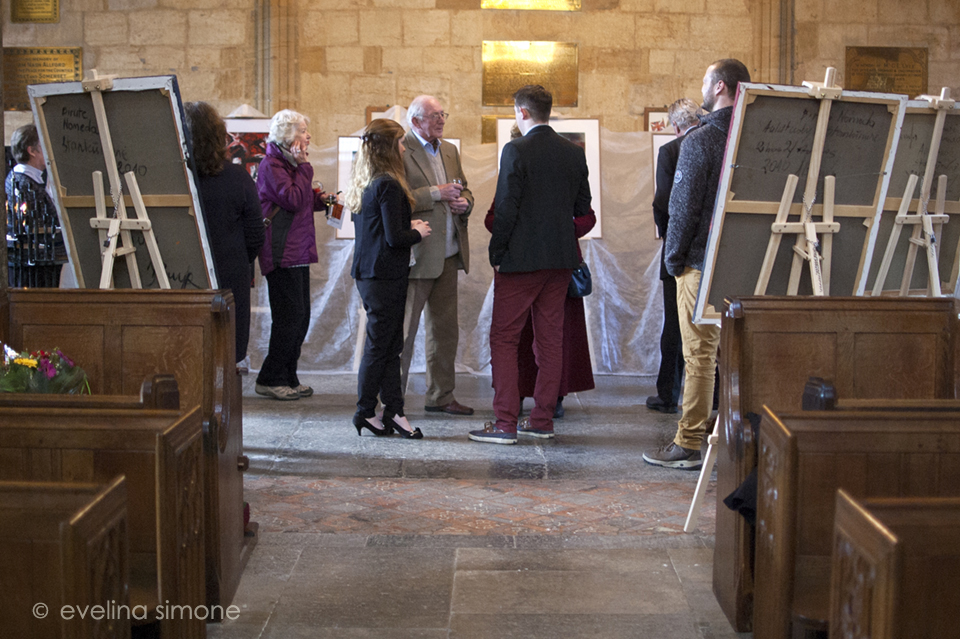 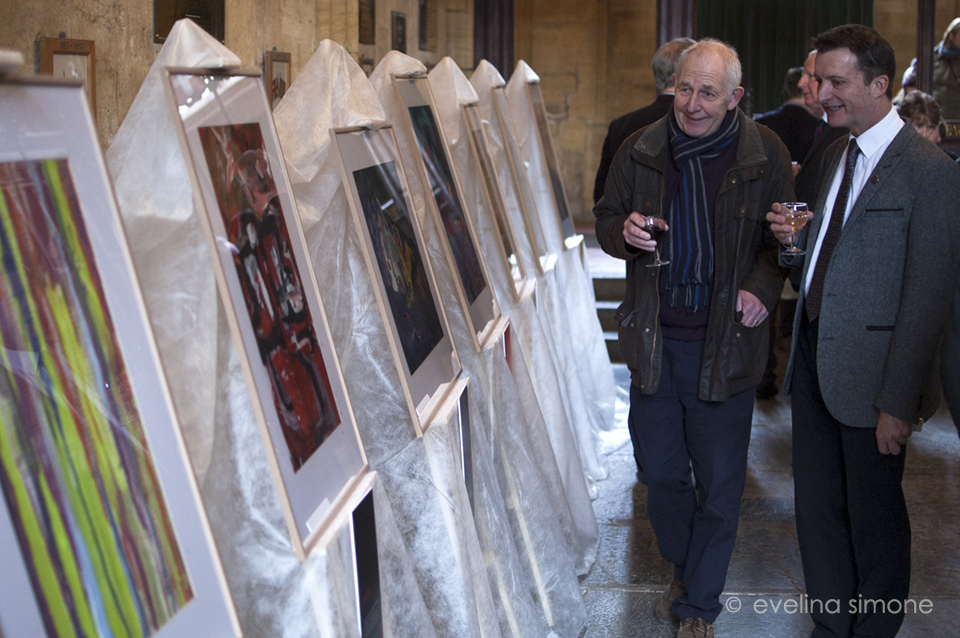 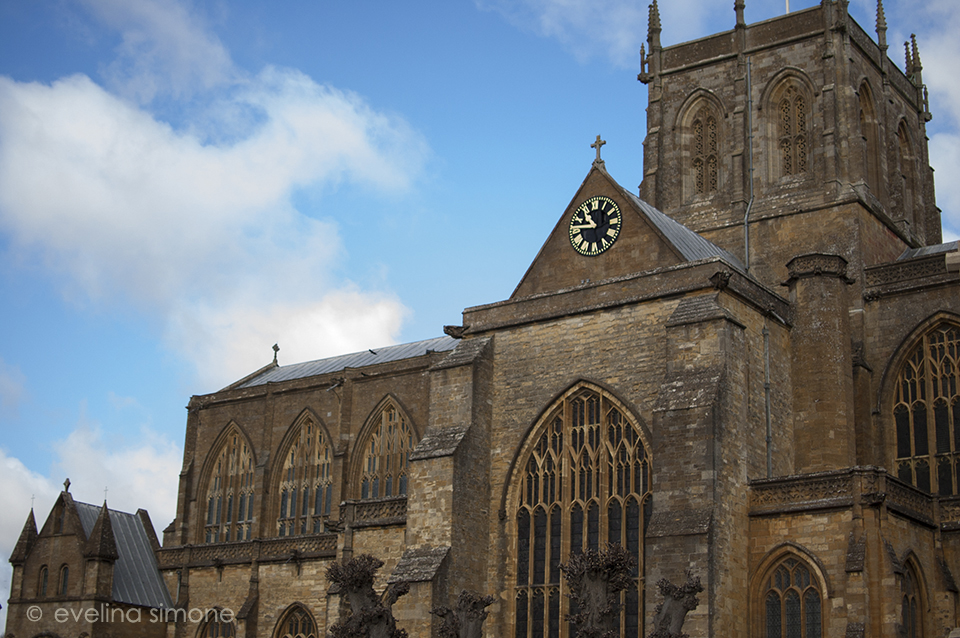