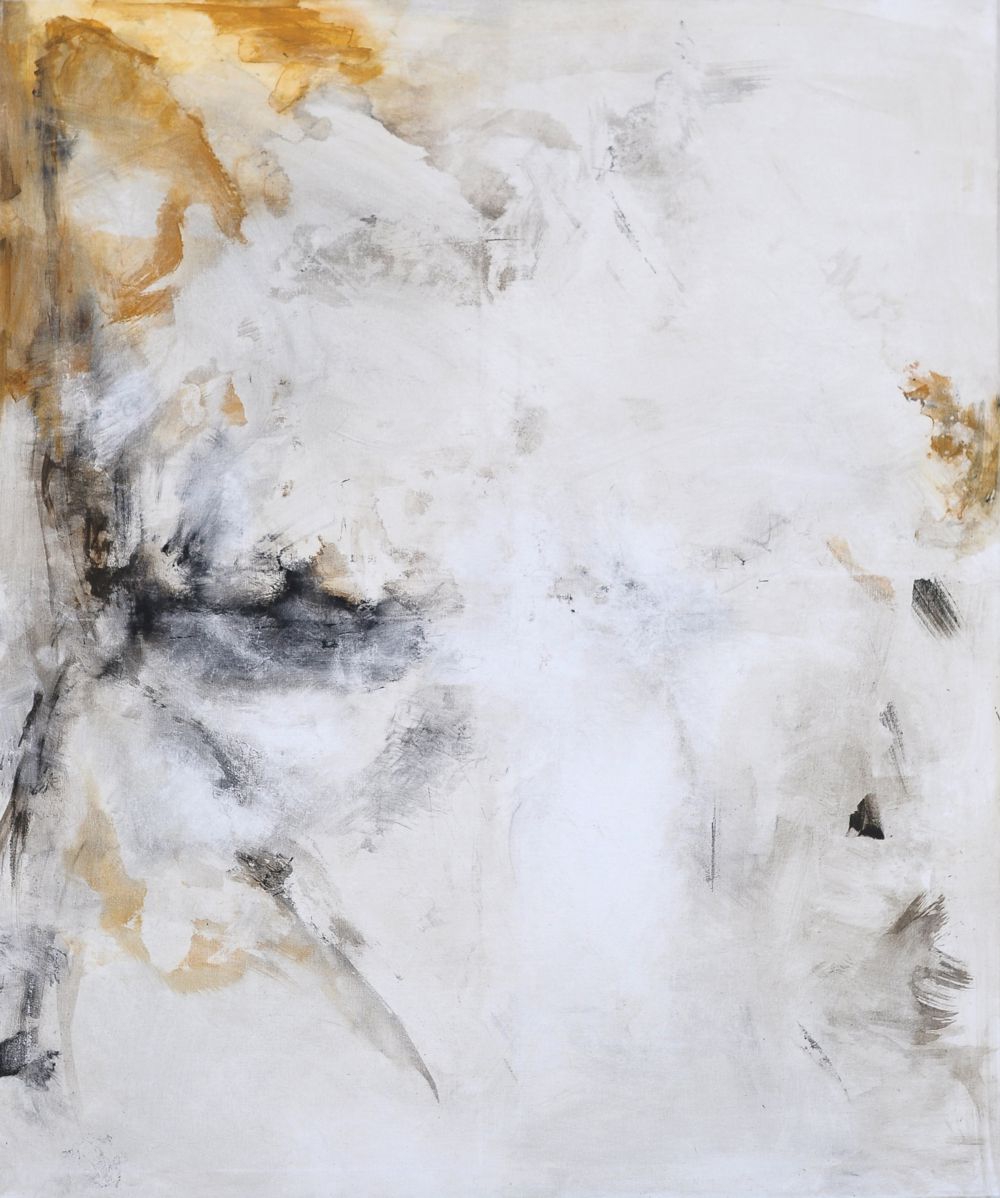 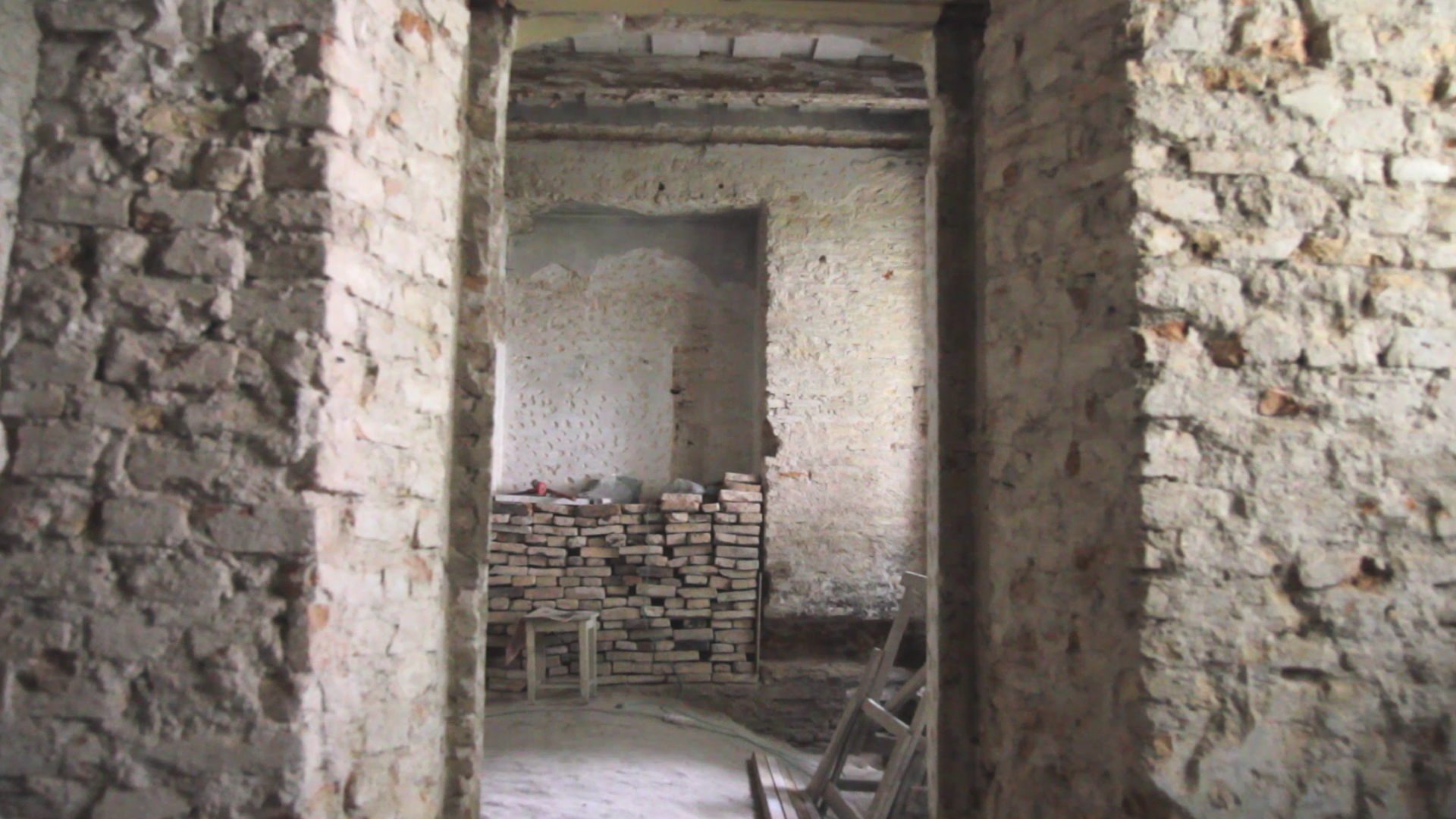 The feeling of the painting:

This painting could also be called “Traces of Memories”. Sometimes a trace, a barely visible mark prevails and holds an inkling of the story of the past. A reminder about passage of time, temporality of our lives; often not significant, not extraordinary; just a layer of soot from an oven or a hole from a nail, which was used by a master of the house to hang his hat. The lingering marks make you wonder. What was life like at that moment? What were the joys and sorrows of that da? No certainty or glory of history books – just clues and whispers of the days that passed.

As you wonder and speculate about such traces, the imagination creates the stories and the legends, which in turn become a part of the reality you experience, at this very moment.

This artwork was inspired by the process of restoration of premises, which were constructed back in the 18th century. There were some traces on the walls without clear any evidence of how they have appeared. Some heritage experts thought that these are residues of polychromatic painting, others considered them as marks of the shelf and soot. Thought it wasn’t an extraordinary discovery, it was joyful to imagine what was going on in a room over two hundred years ago. Now it is my gallery, and at that time it was a hotel for nobles in Vilnius. Maybe tired guests were having a rest, or maybe they were having parties? Who and why stayed at those rooms? Only the scuffed walls know the real stories.

My artwork was created in a similar way. I was laying the paint as a mark of history, then I was scrubbing it. In such way I was creating a mark of my version of that moment in time and history. I hope this artwork will inspire the observers to discover traces of their own legends and stories from the past or to create their own stories. 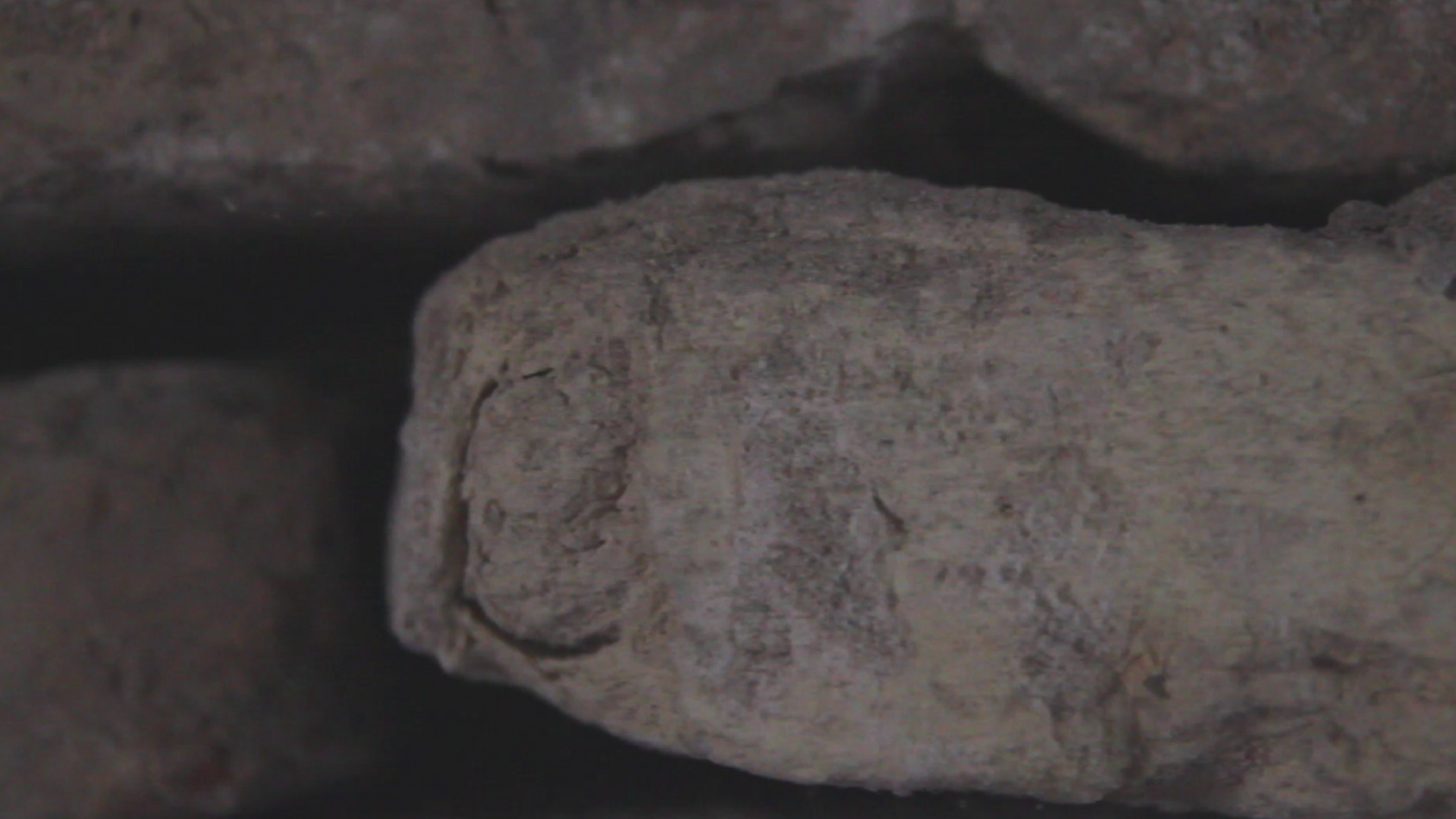 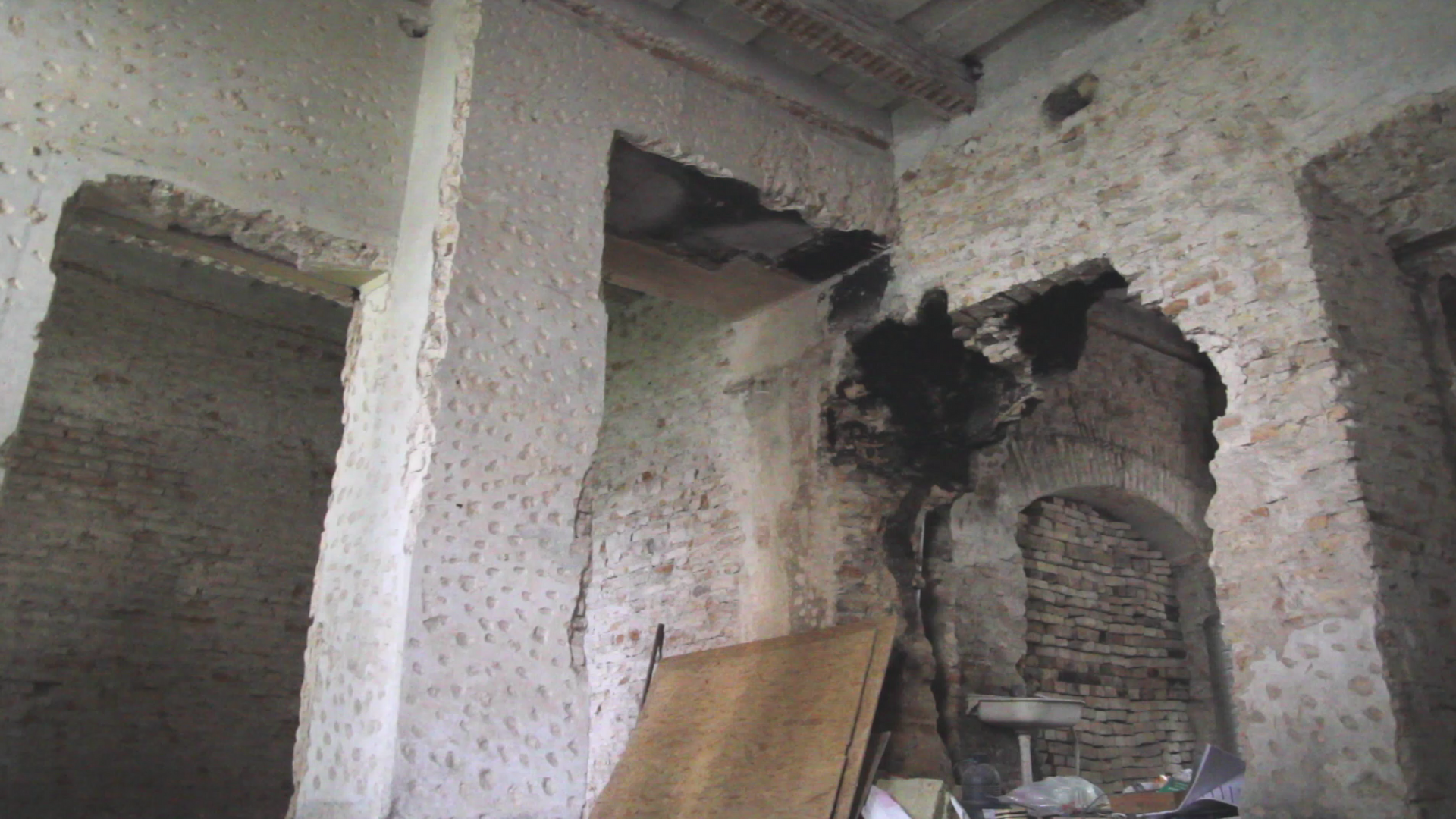 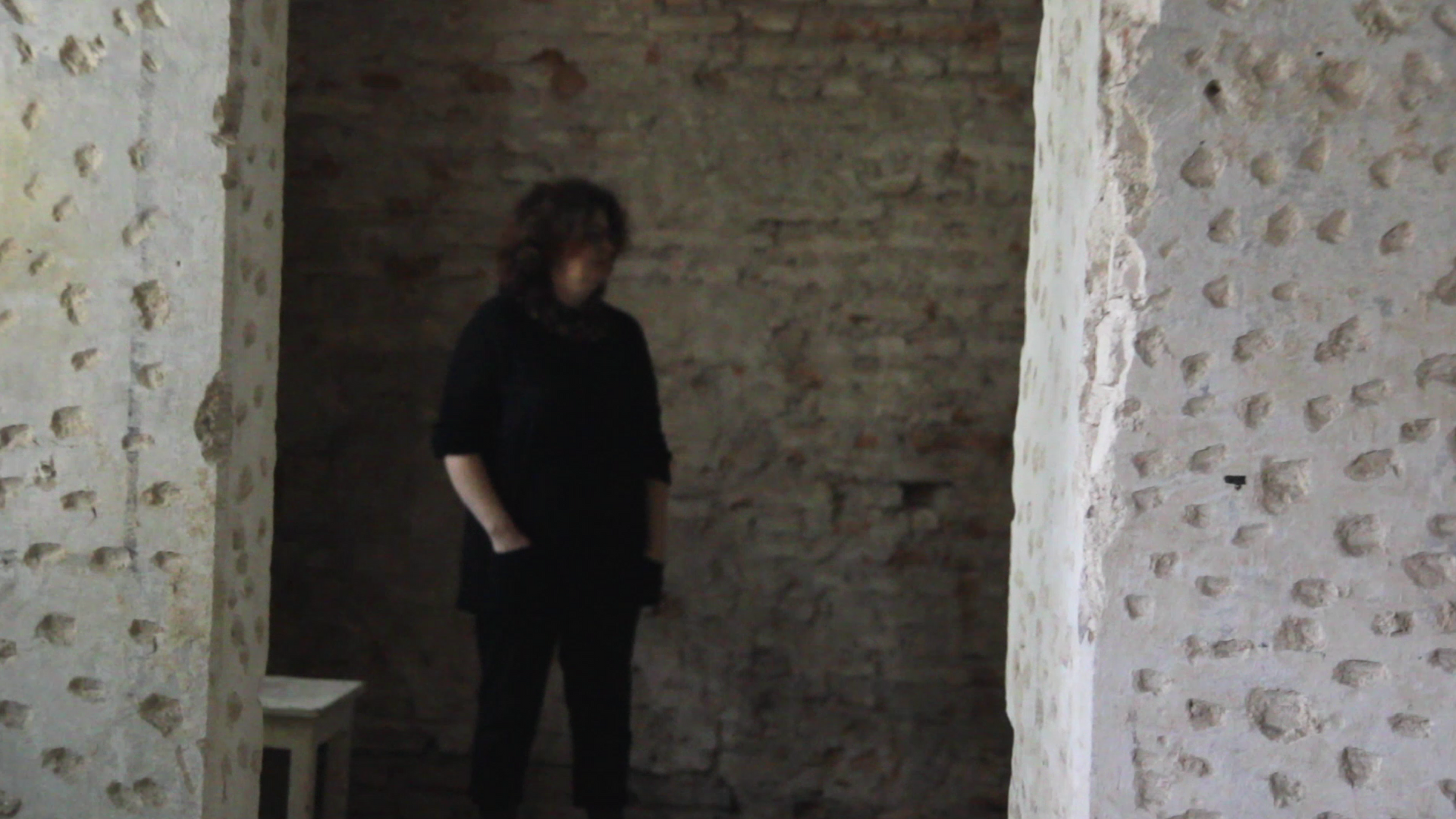 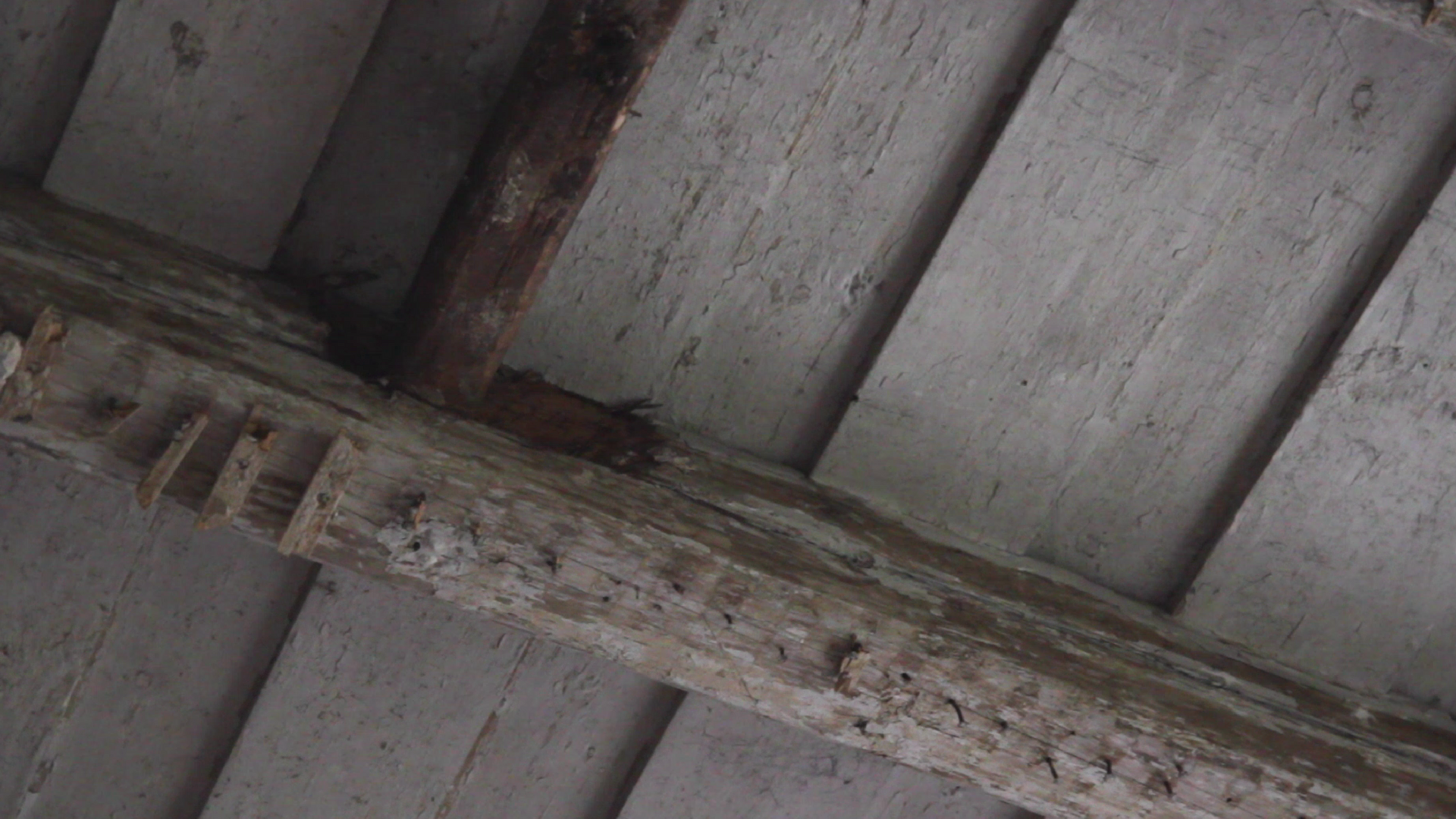